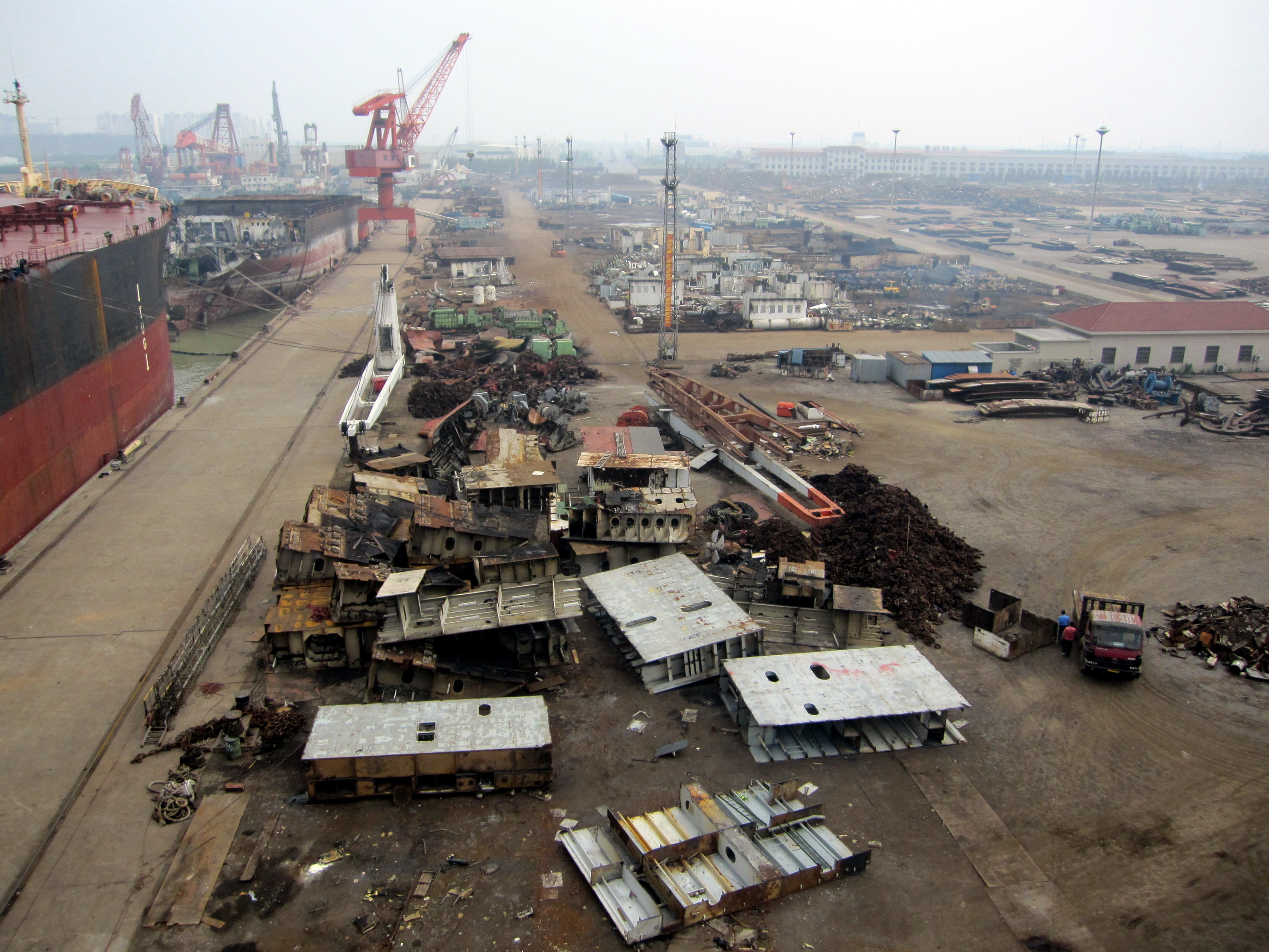 Brussels/Oslo, 16 January 2018 – The Norwegian Central Bank announced today its decision to exclude ship owners Evergreen Marine Corporation, Precious Shipping, Korea Line Corporation and Thorensen Thai Agencies from the Government Pension Fund Global (GPFG) [1]. The exclusion is based on the companies’ poor management of their end-of-life ships and the sale of these for dirty and dangerous shipbreaking on the beaches of Gadani, Pakistan and Chittagong, Bangladesh.

The Norwegian Council on Ethics directs the Norwegian Central Bank, which manages the Government Pension Fund Global, on which companies should be excluded from investments in the fund, based on human rights and humanitarian violations, corruption and environmental degradation records. The GPFG is the largest sovereign wealth fund in the world, owning 1% of all investments worldwide, and the recommendations of the Council on Ethics weigh on other investors as indications of good financing.

The NGO Shipbreaking Platform has documented that in the last three years, 20 ships were sold by Evergreen, Korea Line, Precious Shipping and Thoresen Thai Agencies to beaching facilities in Pakistan and Bangladesh. The companies have been excluded from the GPFG because the beaching of their ships cause severe environmental damage and serious human rights violations. [2] The exclusions so far are limited to companies who have sent their end-of-life vessels to be beached in Bangladesh and Pakistan, yet the reports clearly state that “to date, the Council on Ethics has not examined the way ships are broken up in India”. Indeed, as stated in their report: “One particular problem with beaching is that shipbreaking takes place when the vessels are standing in mud and sand. As a result, the pollution leaches into the ground and is washed out with the tides. Even if arrangements were put in place at the beaching sites for the treatment of asbestos and PCBs, for example, the fundamental problem of containing and collecting the pollution would be impossible to resolve”.

“This is the first time that shipping companies have been excluded from an investment fund based on their poor shipbreaking practices, and, coming from the largest investment fund in the world, it sends out a strong signal to all financial institutions to follow suit”, says Ingvild Jenssen, Founder and Director of the NGO Shipbreaking Platform. “We also strongly encourage the Council on Ethics to engage with the companies that sell their vessels for scrapping on the beach of Alang, India”.

The Council states that “there can scarcely be any doubt that, viewed in isolation, the environmental and working conditions associated with beaching as it is carried out in Bangladesh and Pakistan exceed the threshold for the exclusion of companies from the GPFG”. And according to the Council on Ethics, selling a vessel to a beaching yard “is a consequence of an active choice on the part of the company that owned the vessel to maximise its profit. In the Council’s opinion, that company must shoulder an independent responsibility for doing so. There are better ways of dismantling ships that are readily available to the shipowner, but these are more expensive”. After looking into the shipping companies’ contributions to the violations of ethical norms, the Council concludes that “there exists a tangible connection between the shipowner’s actions and the violation of ethical norms, which is of such a nature as to constitute a contribution to the latter under the GPFG’s ethical guidelines”.

Bearing in mind that Taiwan used to be the destination for breaking ships before the boom of the industry in South Asia, it is particularly damning for Evergreen – a Taiwanese company – not to remember the legacy that the industry left in its country following the explosion in the port of Kaohsiung in 1988.