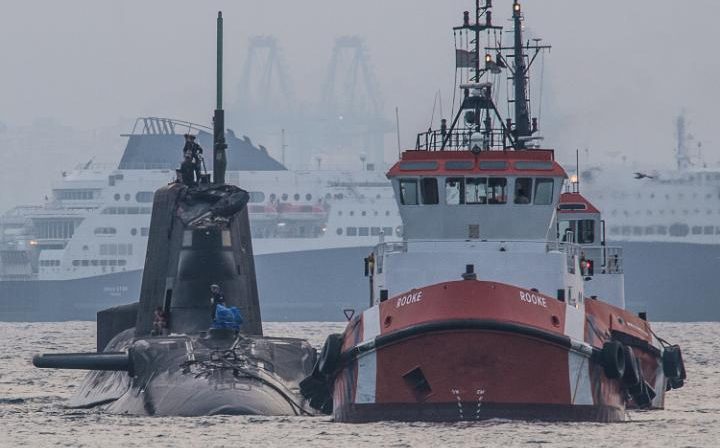 A submarine commander has pleaded guilty to hazarding a ship after the nuclear submarine he was in charge of was in collision with a merchant vessel.

Commander Justin Codd, 45, of UK Maritime Battle Staff, entered his plea at a court martial hearing at Portsmouth Naval Base and will be sentenced later.

The charge relates to an incident in which the submarine HMS Ambush, which was on a training exercise, suffered damage to its conning tower when it was involved in the collision off the coast of Gibraltar on July 20 2016.

Following the incident, the Ministry of Defence released a statement saying: “HMS Ambush, an Astute-class submarine, while submerged and conducting a training exercise was involved in a glancing collision with a merchant vessel off the coast of Gibraltar.

“We are in contact with the merchant vessel and initial indications are that it has not sustained damage.

“The submarine suffered some external damage but there is absolutely no damage to her nuclear plant and no member of the ship’s company was injured in the incident.

“An immediate investigation is being conducted.”