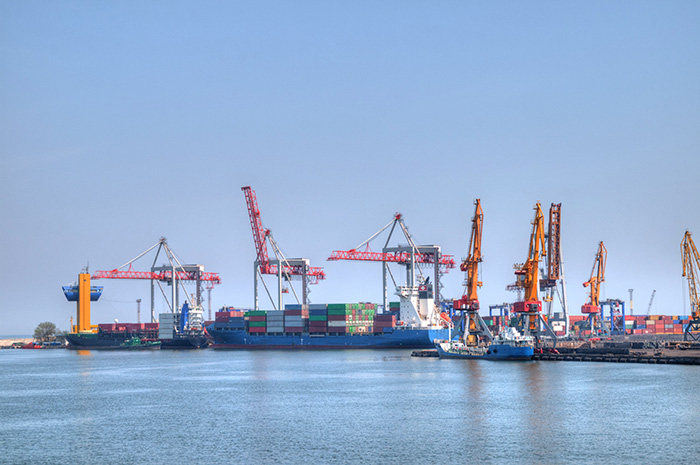 In this article, we will speak about the most recent ones, and try to give an answer to the question how legal their affairs at the Ukrainian ports are, and what consequences «care about the Black Sea ecology» may cause for shipping parties.

Let us start with the most typical situation at the port when the environmental inspectorate conducts the inspection of ballast waters aboard and cargoes are suddenly arrested for some reason.

Quick info: ballast waters are outside waters taken on board to control the different, heel, draught and stability of a ship.

The ship comes to the port, moors for loading and discharging operations, during which the ballast waters are pumped out. At this moment, inspectors come to the berth, throw a tied, empty bottle to the sea near the ship and go away after a while. In 99% of cases, neither captain nor crew understand what is going on, and no one pays attention to the «guests» as no documents are given to them thereat. It is a typical beginning of verification of environmental laws to identify the fact of the port waters contamination.

After a while, the captain receives information through the port agent that the inspectors want to get on board to collect samples in the ballast tanks. The lawyers from Integral always said that the environmental inspectorate conducted tests near the ship and never left any documents for ship captains, gave no evidence confirming that floating parts were visible, or there were visible traces of oil, oily and other polluting substances appearing in the dumping area, and namely this caused the actual deterioration of the water quality as compared to the background water quality measures in the water use area – the tests were illegal, and there were no grounds for sampling in the ballast tanks (provisions of Decree No. 198 of the Committee of Ministers of Ukraine

«Environmental observation at border checkpoints» dated 20.03.1995). The situation may move according to two scenarios. In the first case, captains allow environmental inspectors collecting samples in the ballast tanks when there are no grounds for the environmental monitoring of the ship. Now, we are not going to discuss the objectivity of laboratory studies as well as the absent regular monitoring of the state of the port waters background on the part of the environmental inspectorate, sampling methods used by inspectors, not submitted referee samples, and a simple fact that it is actually the same sea water taken beyond the twelve-mile zone. The result for the ship-owner will be just one – huge penalties for polluting the port waters and ship demurrage at the port.

In the second case, when captains or ship-owners take up principled positions and do not let inspectors come on board, ecologists are ready for open blackmailing and try not to let the ship out until inspectors may carry out their inspection. The most popular mechanism of such blackmailing is to arrest the cargo on board by placing the stamp «Radiological Control – PROHIBITED Import/Export» on the cargo shipping documents.

Then a quite logical question comes: what`s that got to do with the cargo? The fact of the matter is that a single efficient tool left for delaying the ship`s port exit, from the viewpoint of environmental inspectors, is to stop the execution of the cargo that is aboard. This is a completely illegal method and ecologists` unrestricted interpretation of the requirements of the Procedure for using stamps to confirm results of the radiological and environmental control of vehicles and cargoes performed by public inspectors, which

was adopted by Decree No. 162 of the Ministry of Environment and Natural Resources of Ukraine as of 19.03.2012, according to which the stamp «Radiological Control – PROHIBITED Import/Export» shall be placed on shipping documents after performing the radiological control of vehicles, cargoes and/or vehicles, and cargoes when there are violations of the provisions of the environmental laws, standards and radiation safety rules.

It should be pointed out that a similar stamp on shipping documents may be placed just in case of the goods non-conformity to the national radiation safety standards, norms and rules. Besides, the current laws precisely discriminate such types of control at border checkpoints, either ecological or radiological ones, and do not associate possible violations on the part of the ship with the cargo clearance.

Consequences of similar illegal actions of ecologists may be such: a dispute about demurrage between ship-owners and charter freighters, and an argument with the terminal, where the ship will remain, proceedings with the participation of the consignor and consignee about the delivery terms fulfilment. On one side, ecologists assert that the stamp «Radiological Control – PROHIBITED Import/Export» shall be placed on shipping documents because of violations made by the ship, but direct causative connections in the documents prepared by them are not observed according to the control results on a formal level. In many cases, ecologists manipulate the conflict of interests

between shipping parties so to go after the ship-owner. Therefore, it is extremely important to collect evidence of inspectors` illegal actions and take up a principled legal position in such cases.

The port community and ship-owners had high hopes for Bill No. 7010 «Revision of the Customs Code of Ukraine and some other enactments of Ukraine as regards the entrenchment of the mechanism «Single Window» and optimisation of control procedures at the time of movement of goods across the customs border of Ukraine». The said bill annulled such types of obligatory official control of goods, either environmental or radiological ones, and practically divested environmental inspectors of their authorities in this area. The check of the safe radiation level (radio monitoring at the core) for vehicles and cargoes was handed over to the State Border Guard Service agencies. Furthermore, when cases of ships` (watercrafts`) discharging contamination substances within the port waters are found, the environmental inspectorate shall appeal to the Ukrainian Sea Ports Authority.

From the perspective of the analysis of the bill, environmental inspectorate, there is just an environmental monitoring of ships left. And it is just in such cases when the ship dumps visible floating parts, or when there are traces of oil, oily and other polluting substances appearing in the dumping area.

The bill`s coming into force would definitely annul such a detention mechanism as arrest of cargoes on board through the radiological control procedure.

The bill was reported out. The environmental inspectorate continues its practice of total inspection of every vessel and arrest of cargoes, and we keep protecting legal rights and interests of our clients in their fair business.