The Offshore Section of the TurkStream Gas Pipeline is Complete 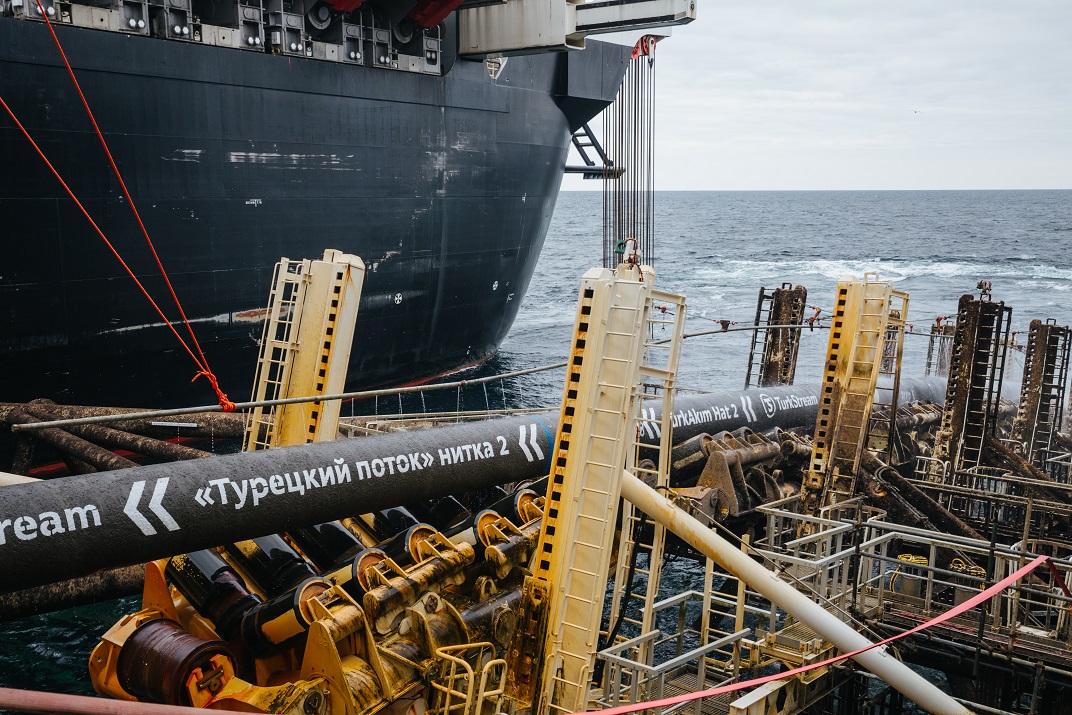 The pipe-laying vessel Pioneering Spirit has completed the construction of the offshore section of the TurkStream gas pipeline today.

The construction of TurkStream, the new gas pipeline connecting Russia and Turkey across the Black Sea, is now entering its final stage. The works are ahead of the schedule, since laying the offshore section of the gas pipeline has been completed today, and not in December as planned earlier. Rapid pace of the project implementation is the result of the well-coordinated and concentrated efforts of the project team. The gas pipeline will become operational at the end of 2019. ‘It will reinforce the energy security of Turkey and the Southern and Southeastern Europe further’, noted Alexei Miller, the Chairman of the Management Committee of Gazprom PJSC.

Background
TurkStream is the project for a gas pipeline stretching across the Black Sea from Russia to Turkey and further to Turkey’s border with neighboring countries. The first line of the gas pipeline is intended for the Turkish consumers, while the second line is designated for the Southern and South-Eastern Europe. Each line will have the throughput capacity of 15.75 billion cubic meters of gas per year. South Stream Transport B.V. has been carrying out project activities with regard to the offshore gas pipeline.

Near Kiyikoy in Turkey, construction of the Receiving Terminal is ongoing. In Russia, near Anapa, landfall facilities have been constructed, and currently, pre-commissioning activities are being carried out. They will be completed in 2018.

Allseas Group is the world’s leading company in offshore pipe-laying and subsea construction. The company is focused on comprehensive project implementation, including design, material and equipment procurement, construction and commissioning. Allseas is the construction contractor for both lines of the TurkStream offshore gas pipeline.

Pioneering Spirit is the largest construction vessel in the world, 477 m long and 124 m wide, designed for deep-water pipe-laying, installation and removal of large oil and gas offshore platforms. The vessel is owned by Allseas.