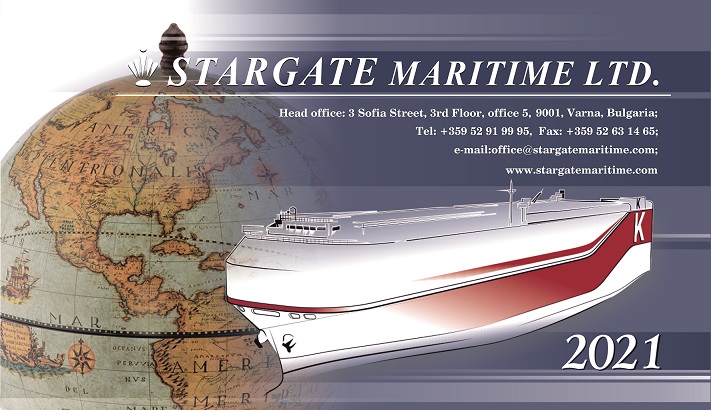 This review observes only full containers of the region – 425 953 TEU. Total drop suffered by these five countries in Q1 2016 was 2,94%, compared to the same period last year. 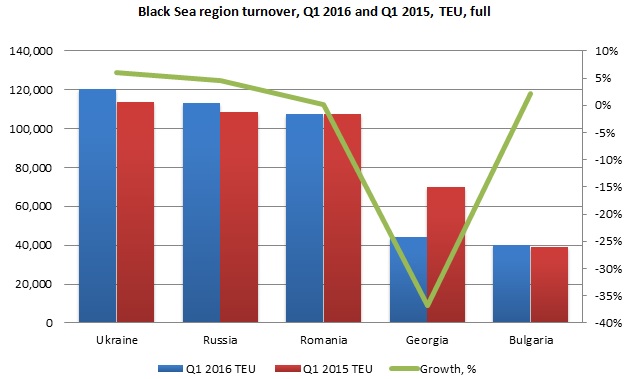 The laden turnover increase was in all countries of the Black Sea region except Georgia. It suffered significant laden volume drop of 36,75%, while Ukraine and Russia achieved laden volume growth of 5,98% and 4,63% respectively. 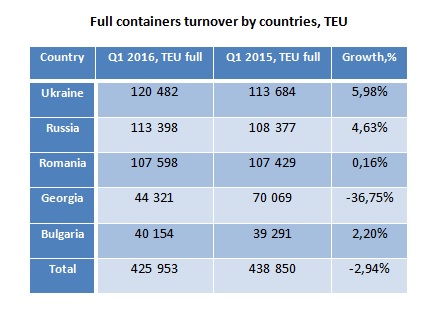 52,62% of laden container volume at the Black Sea was imported

Export volumes from the aforementioned countries increased by 9,12% compared to Q1 2015. The highest export volume drop was shown by Georgia – 33,64%. In Russia, Ukraine and Bulgaria there was an increase of laden export, moreover Russia and Ukraine achieved growth of 60,34% and 11,94% respectively. Imports to the region decreased by 11,73%, mainly because of Georgian import volume drop of 37,36%. There was an increase of laden import volume in Romania, Bulgaria and Ukraine – 8,12%, 2,24% and 0,02% respectively, while Russia suffered drop of 14,35%.

Georgia had a record in decrease of laden import volume –37,36% 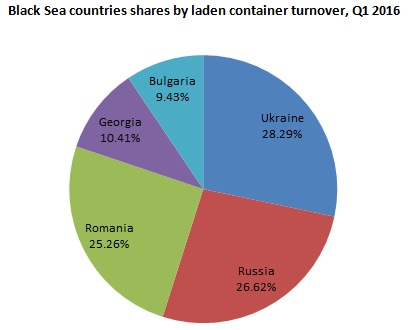 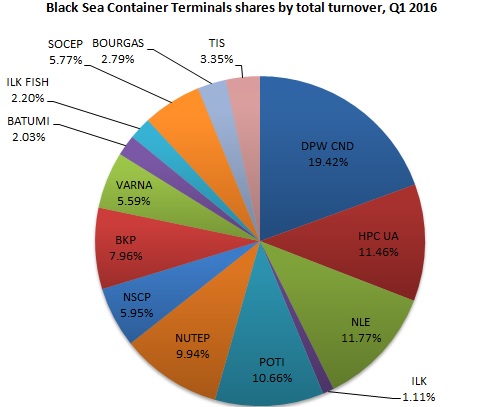 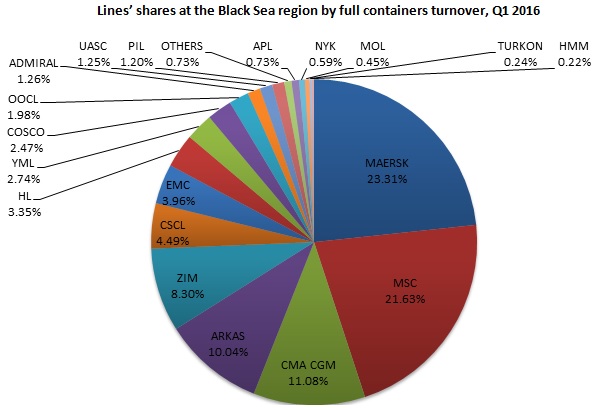 Also it has to be mentioned that in 2015 there were some structural changes of the Black Sea container market. For example, WHL and KLINE have temporarily suspended their activity here, while CSAV merged with Hapag Lloyd that is why CSAV volume significantly decreased at this market. At the same time a new player had entered the Ukrainian container market – TURKON Line, which is a well-known player on the Mediterranean – North American trade. Entering this market on a slot agreement basis with Admiral Container Line, TURKON Line tried to find an opportunity to grow business and after Q1 2016 it had 0,24% share of total laden container volume of the region and now it has a positive trend for further growth.